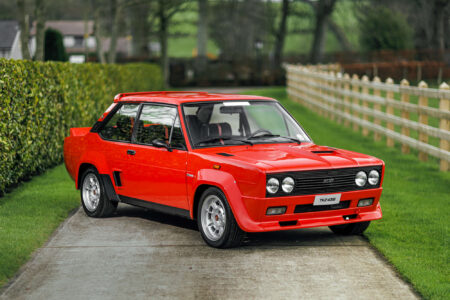 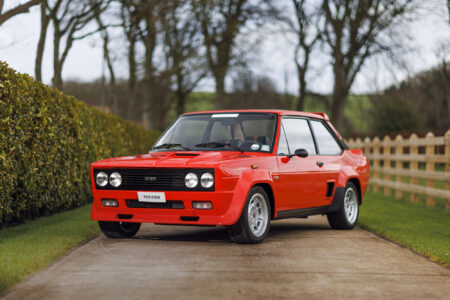 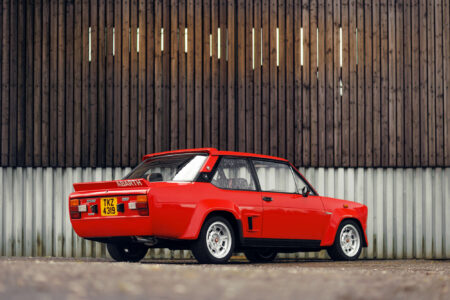 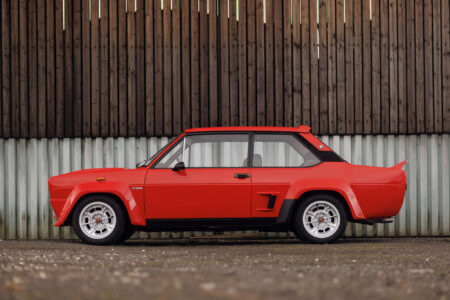 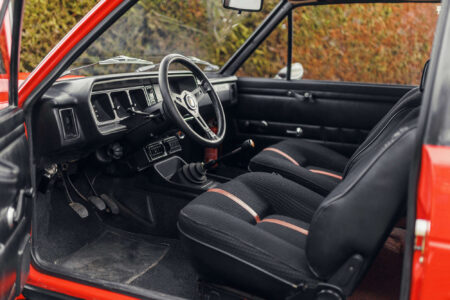 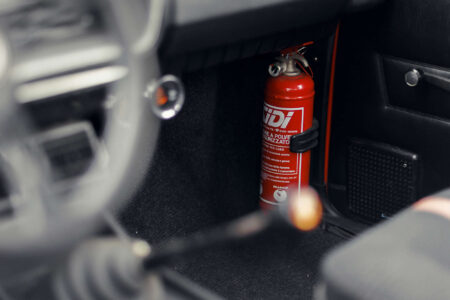 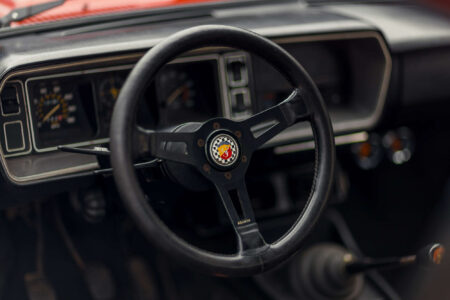 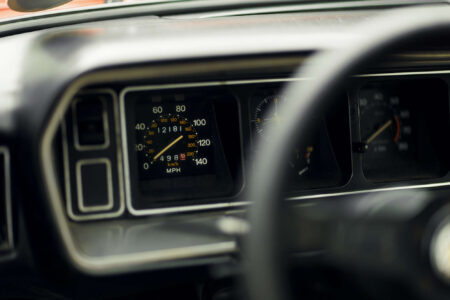 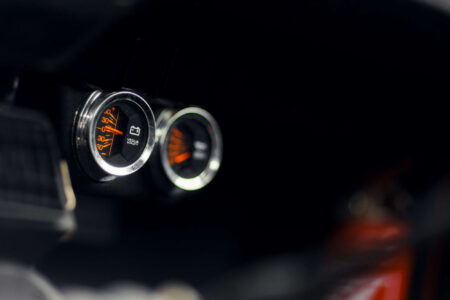 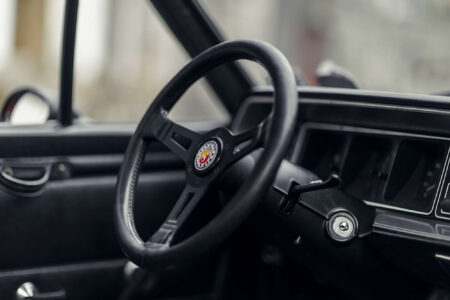 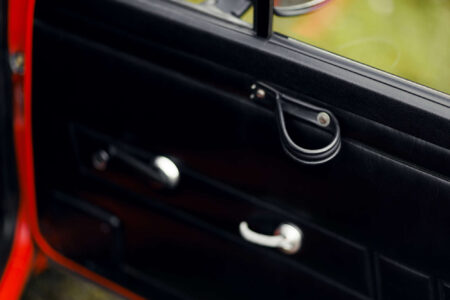 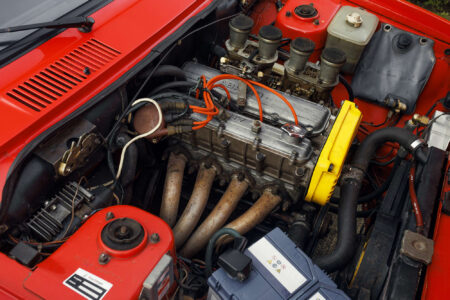 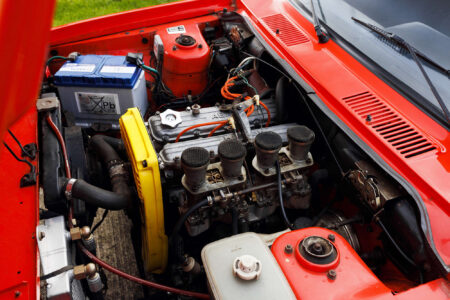 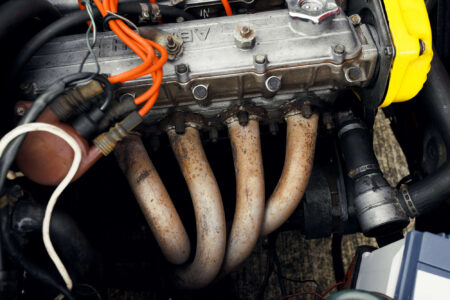 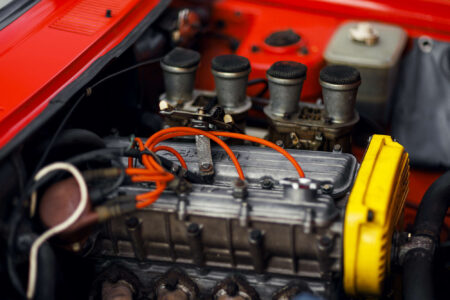 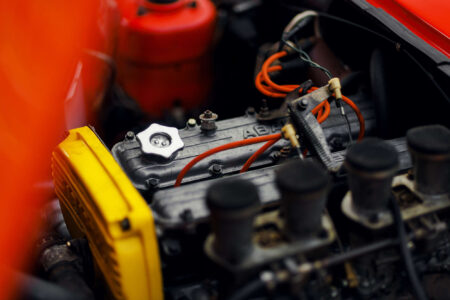 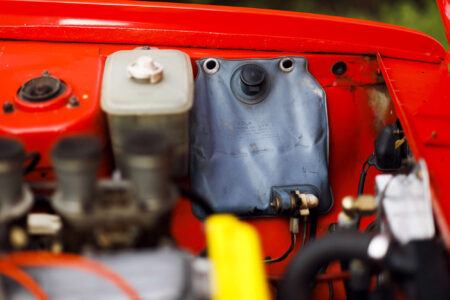 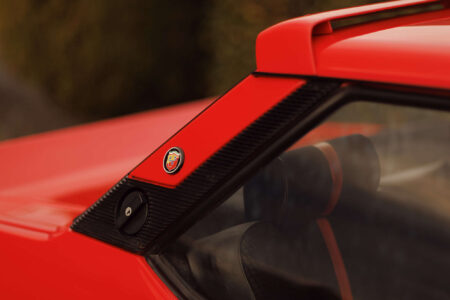 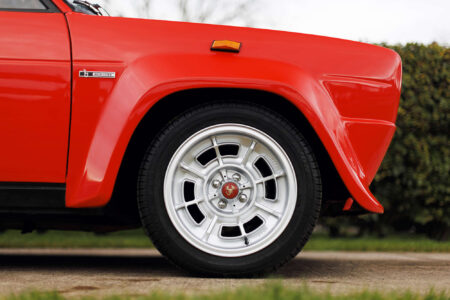 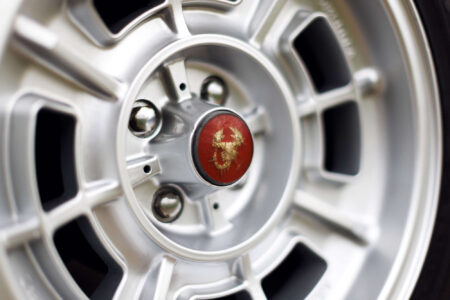 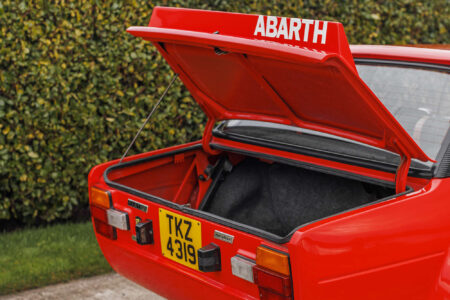 Apart from the quirkiness possessed by all Italian cars, it wouldn’t be unkind to describe the standard Fiat 131 as just another unremarkable family saloon, however, Fiat’s decision in 1975 to contest the Group 4 Rally Championship using the 131 and invite input from Abarth and Bertone was a game-changer. The company’s involvement in International Rallying brought untold publicity and success in the form of the 1977, 1978 and 1980 FIA World Rally Constructor’s titles, as well as the World Rally Drivers Championships in 1978 and 1980. Much to the delight of enthusiasts, it also brought 400 “Stradale” road-going versions, built to satisfy FIA Group 4 homologation requirements, on to the market.

The alterations required to turn a bland saloon into an all-surface competition machine were significant and began with the chassis itself. Abarth engineers removed the rigid rear axle and replaced it with a fully independent MacPherson strut setup. They also developed a 2.0-litre twin-cam, in-line four-cylinder engine with a lightweight alloy 16-valve head, which sent power to the rear wheels through a five-speed manual gearbox. The engine in the Stradale version breathed through a Weber double-barrel carburettor and produced a claimed 140bhp (single Weber 34ADF carburettor). Meanwhile, Bertone developed special bodywork, fitting a fibreglass bonnet and aluminium doors to reduce weight and adding wheel arches to accommodate larger 15-inch Cromodoras and tires, air intakes for cooling, and spoilers for additional downforce. The results were spectacular, a cohesive design that turned the two-door shopping car into a veritable seventies road-rocket.

The car on offer here is indeed one of those 400 Fiat 131 ‘Homologation Specials’ and remains in outstanding original condition throughout. It was purchased by our vendor some years ago and has formed part of his private Collection ever since with minimal use during his ownership. Apparently it was found in Italy in 2005 showing a recorded mileage at that time of circa 11,000km and was secured through a French contact. At the time of delivery it was noted that, mechanically the engine was in need of a little care and attention, probably due to the intake and lack of air filters and so the decision was taken, for peace of mind, to undertake a complete rebuild to ensure that everything was as it should be. The rebuild was completed using all the correct parts including genuine Abarth pistons, however, the twin IDF Webers, that we understand were fitted from new as a factory option, were retained. Despite having had little use in recent years, we are told the little Fiat is superb mechanically and the whole car presents with an intoxicating air of originality throughout.

This is a rare, genuine 131 Abarth that remains unmolested, recently serviced, including a replacement cam belt, and is ready to be enjoyed once again as intended, either out on the open road or forming part of any serious Fiat collection.