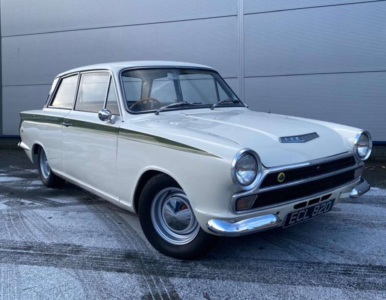 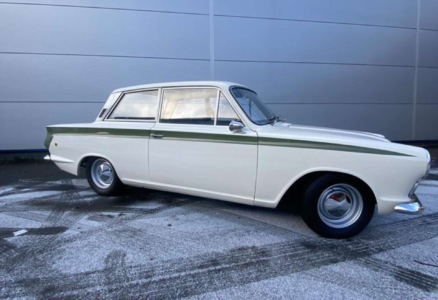 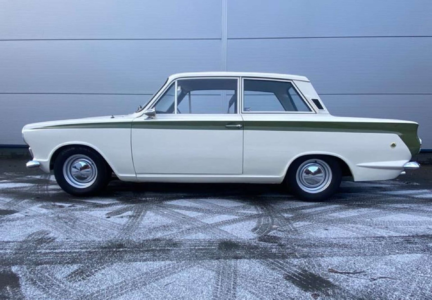 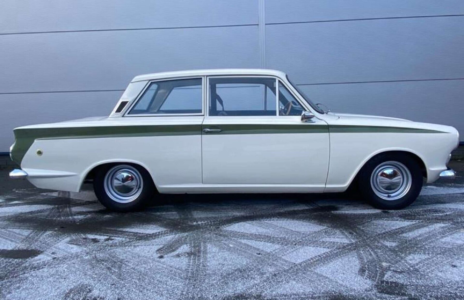 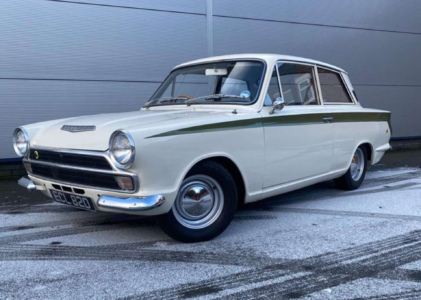 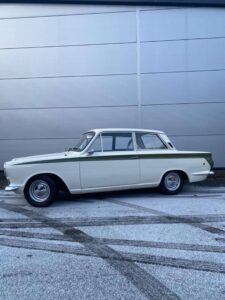 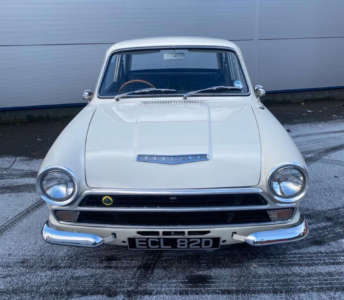 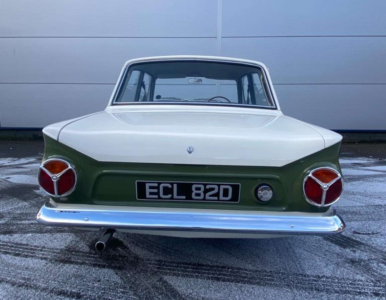 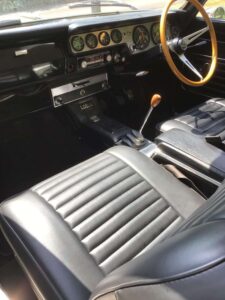 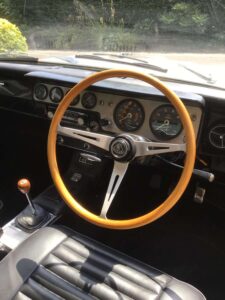 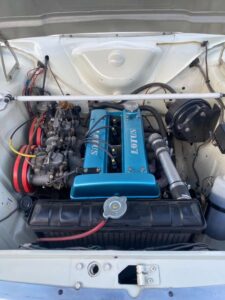 In 1961, Colin Chapman was commissioned by Harry Mundy to design a twin-cam version of the Ford Kent engine and its first appearance was at the Nürburgring in a Lotus 23 driven by Jim Clark. Soon after, the engine appeared in the Lotus Elan. During the engine’s development, Walter Hayes at Ford asked Colin Chapman to fit the twin-cam into 1,000 Ford saloons for Group 2 racing homologation. Chapman accepted the contract and the type 28, or Lotus Cortina as it became known, was born. Whilst Ford supplied the two door body shells and took care of the marketing, Lotus engineered the mechanical and cosmetic changes which included the 1558cc engine along with the Elan’s close-ratio gearbox, front quarter bumpers and Lotus badges. They also made changes to the interior with a new centre console to accommodate the revised gear lever position, different seats and a later styled dashboard that incorporated a tachometer, odometer, oil pressure, water temperature and fuel gauges. A wood-rimmed steering wheel was the finishing touch.

On offer from long term ownership, which is always a good sign, ECL 82D has been with its current keeper since 2008 with just eight previous owners since 1966. The car underwent a full refurbishment around 2006 and still looks fresh today. Our vendor has added electronic ignition and an alternator as opposed to the old dynamo, however, its appearance is that of a dynamo (all the original parts are supplied with the car). The interior remains standard, however, the original dash top has been recovered in leather. Our vendor is in the trade and consequently has maintained the car himself with all works logged using quality components and always 20/50 motor oil.

The car is supplied with a small history file containing some previous MOTs etc. and some technical/mechanical data. Classically finished in Ermine White with Sherwood Green, this rather smart Lotus Cortina is guided very sensibly and represents an ideal opportunity to get behind the wheel of one of Chapmans finest.