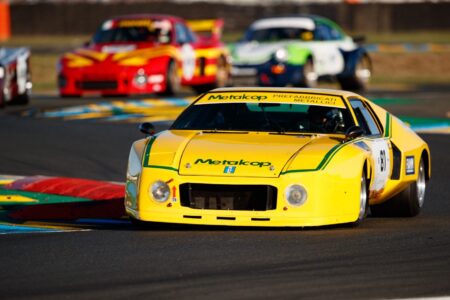 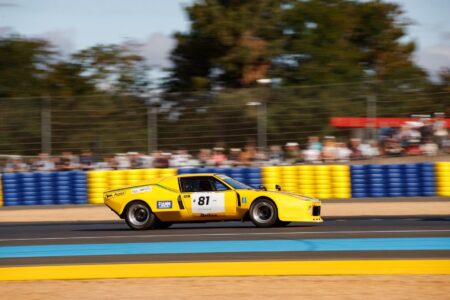 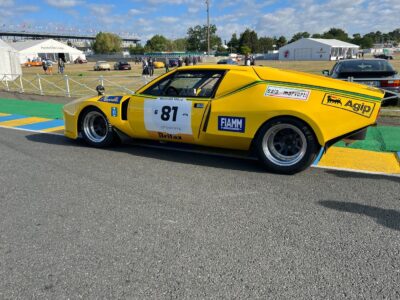 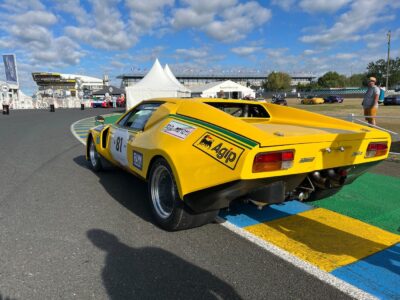 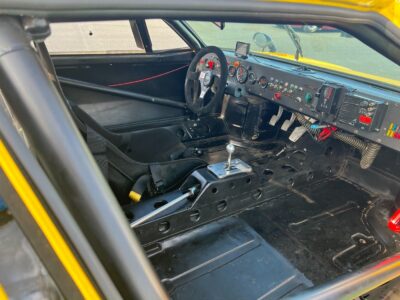 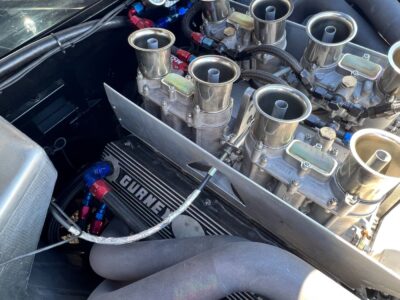 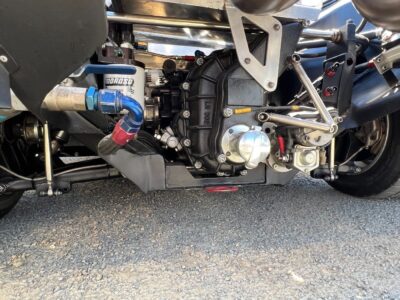 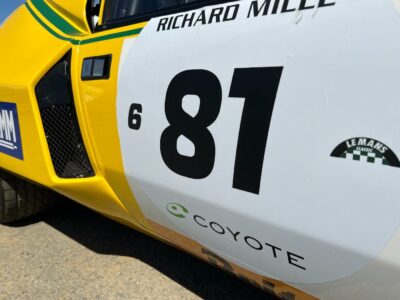 It was sold to its first Italian Owner Vincent Cazzago in 1972 and entered into the 1000kms of Monza. After another 2 outings at Monza – the second leading to a win, Chassis 2343 was entered at Le Mans 24 Hours where Cazzago (known by the pseudonym ‘Pooky’), Casoni, Giampiero Moretti and Pasolini shared the driving duties.

Cazzago raced the car again with success later in 1971 and then in 1972 sold the car to Giampiero Moretti for his MOMO racing team to run mostly in Italian races. Moretti raced the car in 1972 and 1973 on circuits and also hillclimb events.

In 1975 the Pantera was sold to Ruggero Parpinelli, who converted it to Group 5 specification by Achilli Motors – the Milan De Tomaso agent – at the end of the season.

In this new specification Parpinelli raced at the 1976 Giro d’Italia, where he retired with technical problems.

More recently the car has been restored for racing once again and has been maintained to the highest standards, run at historic events by Pearsons Engineering. Recently raced at Le Mans Classic, the car proved to be very competitive in the GT category of Plateau 6 and would be an excellent entry for next year’s Le Mans Classic centenary celebration.

Complete with FIA papers issued in 2015 the car is road registered, making it eligible for the some great historic motorsport events including Tour Auto, Le Mans Classic and Masters Sportscars events. Furthermore the car has a comprehensive spares package including uprights, suspension, brake, gearbox, and bodywork components.