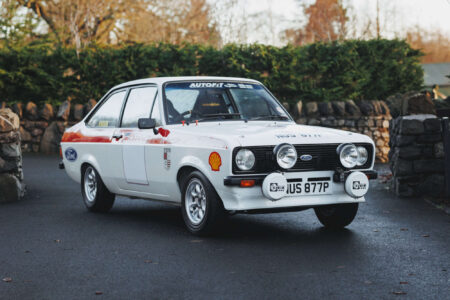 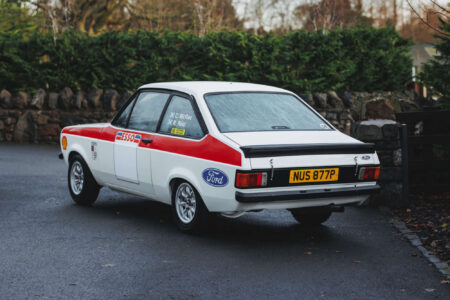 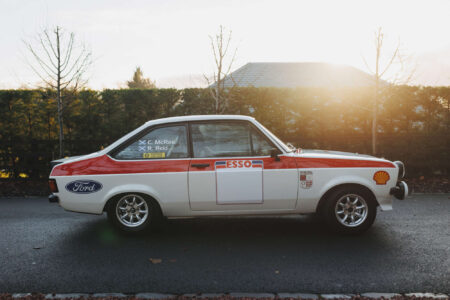 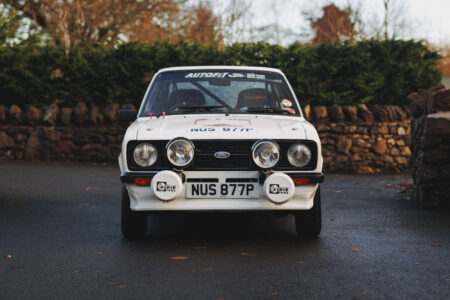 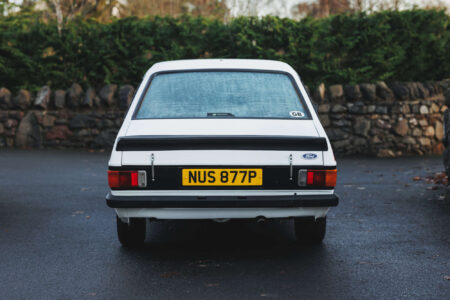 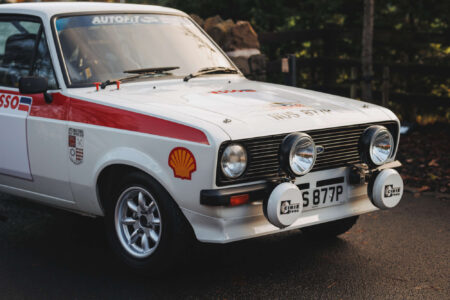 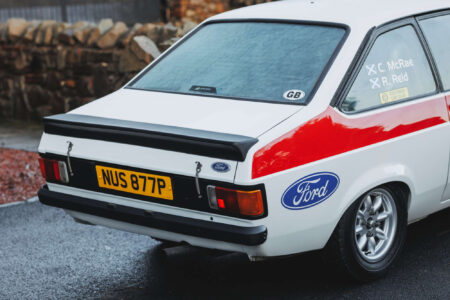 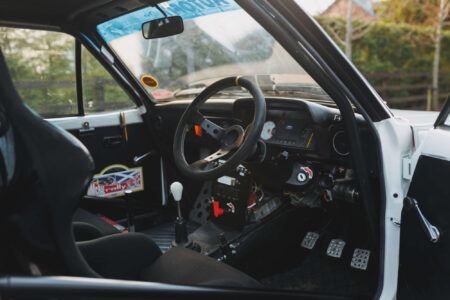 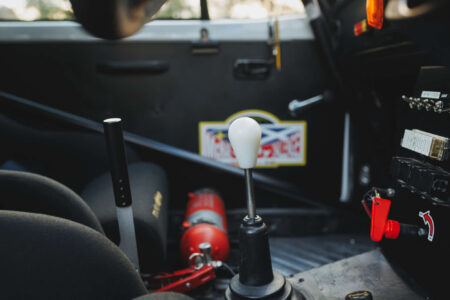 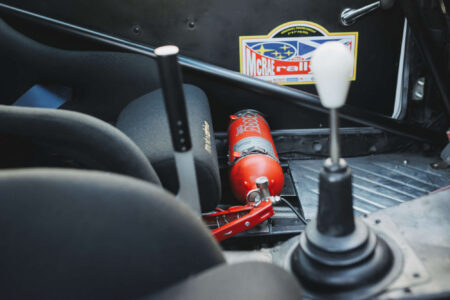 By 1990 Colin McRae had already been crowned Scottish Rally Champion at the tender age of just twenty-two. Just weeks prior to signing his career-defining contract with Prodrive and Subaru, Colin was due to compete in the annual Hackle Rally, a local event to him, however, he did not have a car at the time. Scottish rally driver and Colin’s uncle, Hugh ‘ Shug’ Steele, came to the rescue making his Escort ‘NUS 877P’ available and giving Colin, not only the opportunity to compete, but to also take the outright win alongside his navigator Robert Reid who would later also become a World Champion in his own right. So convincing was the ‘Hackle’ win that there was a time difference of some 2 ½ minutes between the Escort and the 2nd placed four-wheel drive Celica of Jimmy Girvan, clearly signs of bigger and better things on the horizon. Brother Alistair also piloted the Escort with Robert Reid competing in the Galloway Hills Rally.

The Hackle Rally was a Scottish championship event run by the local car club and used some classic Scottish forest stages like Craigvinean, Errochty and Drummond Hill. In those days there were no pace notes and co-drivers would read off a 1.25 scale map.

Robert tells the story :- “I remember the day well. I was in a potato field on the farm and the phone rang, it was McRae. What you doing this weekend Rab, fancy doing the Hackle? It was such a wet stormy day that by the time we got to the first stage the footwells were full of water and the stages were really slippy with standing water. We started 4th and, when we got to the service after a couple of stages, worked out that we were leading against quite a few four-wheel drive cars. It was the Drummond Hill stage that afternoon I remember best though. It was still raining and we were on a quick, downhill ‘diagonal’ road in the middle of the stage. I was reading the maps and the next thing I’m aware of is Colin loosening his belts and leaning over to my side of the car whilst pretty much flat out. We got to the end of the stage and I asked him what he was doing and it turned out that the wiper arm was lifting off the screen on his side and he couldn’t see where we were going, all flat in top! We ended up winning the event by 2.5 minutes from Jimmy Girvan in a Toyota Celica GT4. All this happened a couple of weeks before the Audi Sports Rally where I first met Richard. Then, six weeks after the Hackle, I did the Galloway Hills rally with Alister McRae in the same Escort and two months later, I did my first event with Richard on the Wyedean”.

After thirty years of ownership within the McRae family, the Escort has recently formed part of a private collection, being fully rebuilt during the present owner’s tenure with various outings along the way including appearances at The Knockhill McRae Challenge in 2022.

The car is accompanied by its MSA Vehicle Passport  ‘Stage Rally- Category 1’ valid until 19-10-2026 and a copy of the hardback book McRae (Just Colin) which lists all Colin’s events and cars with a picture of this car on the ‘Hackle’ on page 35. Also in the file are period rally reports of the event from magazines and a recent feature in Classic Ford magazine.