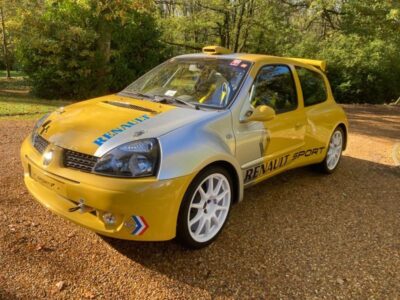 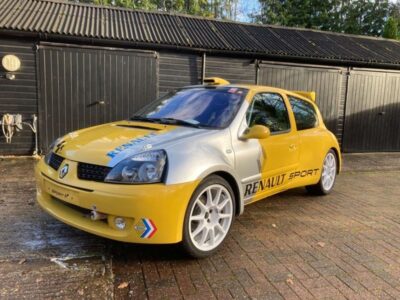 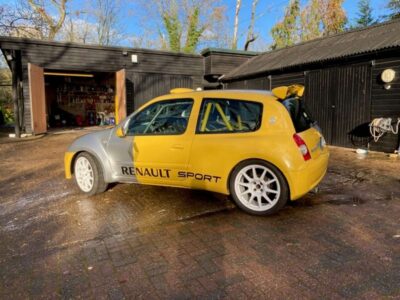 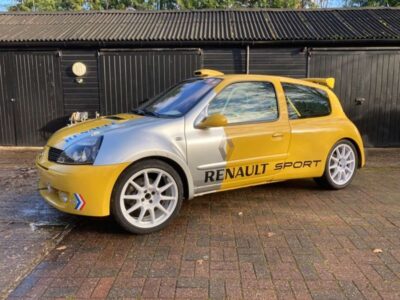 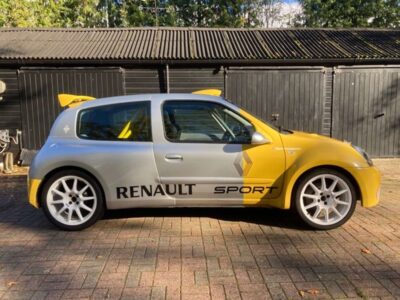 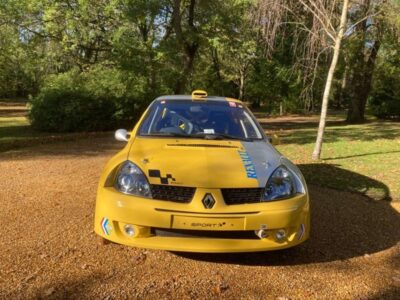 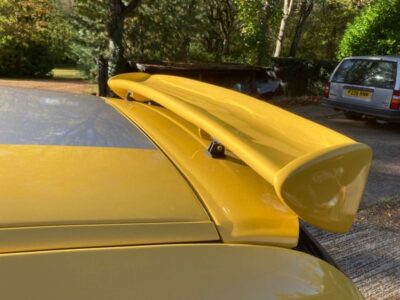 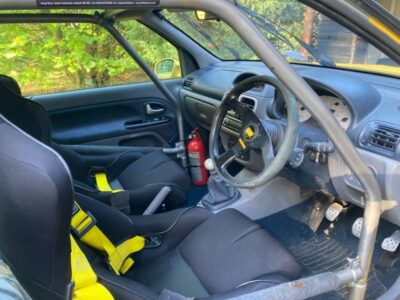 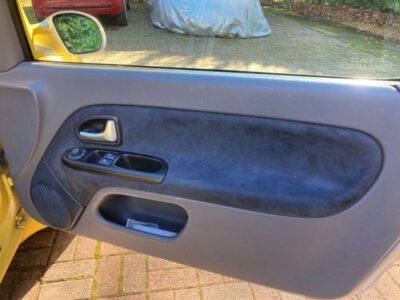 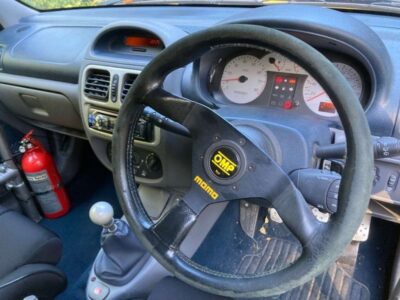 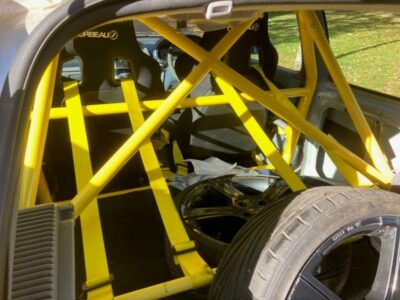 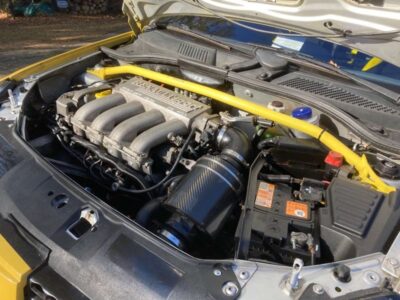 At its 2000 launch, the Renault Clio 172 Sport rejuvenated the hot hatch market and introduced stiff competition for VW’s Golf GTi and the Peugeot 206. It looked keenly priced at first although when the Civic Type R came along in 2001, closely followed by the Focus ST170 in 2002, Renault had to shave £400.00 off its price to compete. Power was provided by a 2.0-litre, 16-valve, inline-four generating 172bhp (hence the name) which was transmitted to the road through a five-speed gearbox and front-wheel drive. Performance was brisk with 0-60 in 6.5 seconds and a top speed of 140mph.

This very special Clio was built by Prima Racing, a Renault specialist in Ilkeston, Derbyshire in late 2000 based on a six month-old Clio 172 Phase 1. Under the banner of Prima Sport Products, they have developed a wide range of body styling parts, mostly for the popular Renault Clio 172, 182, Megane and 5 GT Turbo cars and are specialists in designing WRC replica wide arch bodykits. This particular car was built as a ‘wide body’ demonstrator to a very high standard mimicking the Super S1600 rally cars. It was owned primarily by Prima’s MD and little used over the following 18 years covering just over 47,000 miles with MOT Certificates to corroborate the mileage.

Our vendor bought this car in 2019 to add to his private collection and commenced a light recommission including a suspension rebuild, fitting all new Duraflex bushes, Braid 18” lightweight alloy wheels and a total repaint in Renault Liquid Yellow and Silver echoing the works Rally Team colours. Initially the car was missing the S1600 bonnet grille, roof spoiler and scoop and these were duly sourced from Ricambi Tuning from Turin and fitted prior to the car’s repaint. It has covered less than 500 miles since it had a cam belt service along with a new water pump, power steering pump and coil packs.

Although fully road-registered, the Clio appears to be ready for competition use with a full cage with door-bars, Corbeau seats, full harnesses, fire extinguisher, front and rear tow points and a Momo steering wheel making it suitable for track days, hill-climbs or sprints and possibly some circuit racing depending on the regulations. This little Prima Sport 172 is a real head-turner and, on offer at ‘No Reserve’, could be tremendous value when you consider that ex-works S1600s achieve in excess of £100,000.