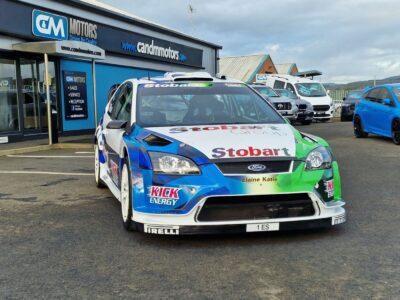 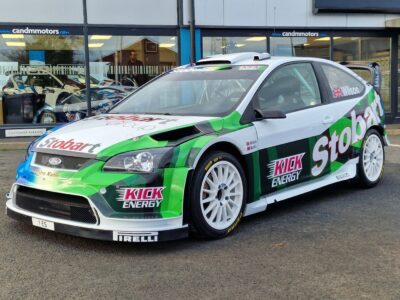 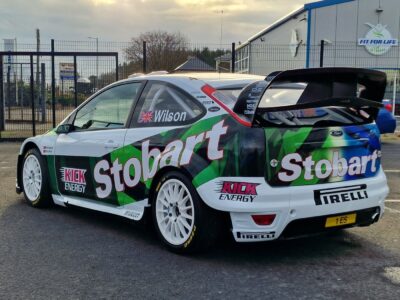 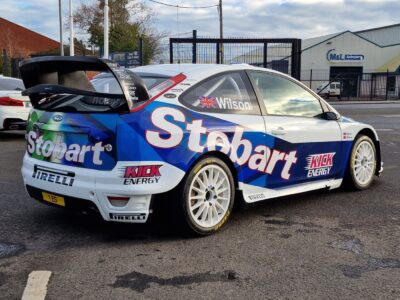 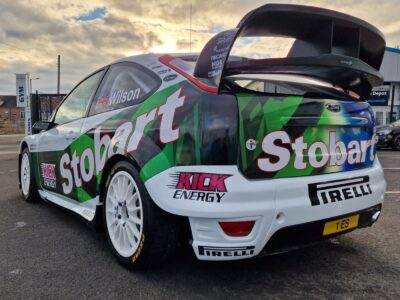 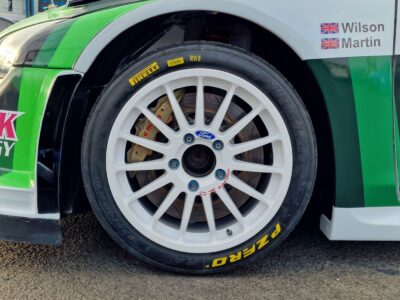 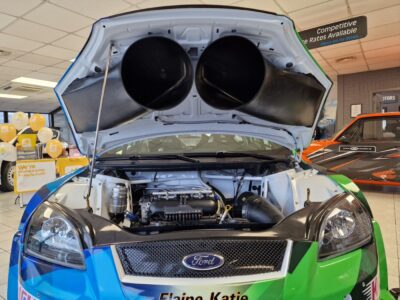 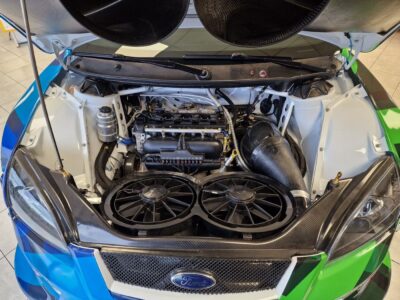 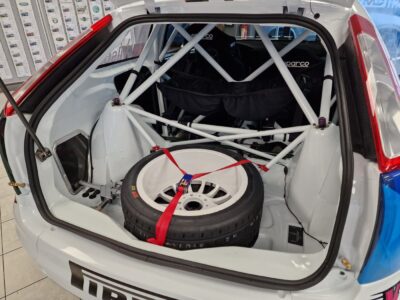 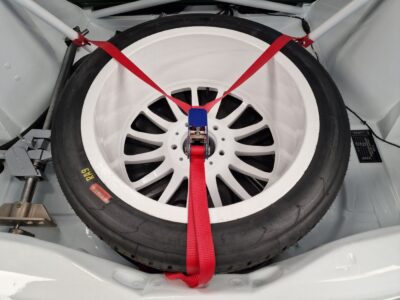 When the car was finished with by The Stobart VK Ford World Rally Team it then went to a private motorsport team in Italy at the end of 2009 and achieved many overall rally wins. The car stayed in Italy until early 2019 when it came to Ireland and only done 3 events before it went to get its complete rebuild at the start of 2022.

We knew when we brought the car the vision we had for it was to restore it back to its original state and wanted the build quality and end product to be of the highest standard. So with that in mind we went to (RMC Motorsport) owned and run by Ronan McCrory (former M-Sport Engineer) to carry out the Restoration for us.

The car was stripped down and had to be sent for restoration work on the shell and to get fully painted inside and outside in the original Ford White. For this job we knew there was no other person we wanted to use than Liam Brennan rally mad enthusiast based in Cork Ireland. It then returned to RMC Motorsport to be put back together. There was an endless list of new M-SPORT parts fitted during this restoration. The car Also Received a new fuel tank from proflex.

When the restoration was complete we wanted it to return to M-Sport to get the original livery printed and fitted to the car by them. At M-Sport the car received a check over by there technicians and we couldn’t miss our chance to invite both Matthew and Malcolm to see the car in the flesh. They were hugely impressed with the end product and build quality, they both got there picture took with the car and signed the inside of the roof skin.

This car ticks the box for so many rally enthusiasts, it can be parked up as a rally collection piece in a showroom, it can be used in Rally Legends and Goodwood or it can be took to your local rally to compete.

We are genuinely delighted with how this car has turned out and are full of praise for everyone that played there part or carried out work on the car. They are truly great at what they do.

CAR IS NOW FOR SALE – We invite genuine enquiries my either email or phone call. Check out full advert on our website

Don’t hesitate to get in contact for any more information