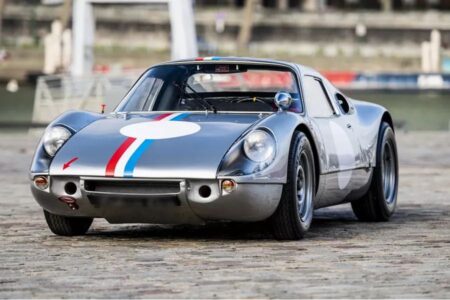 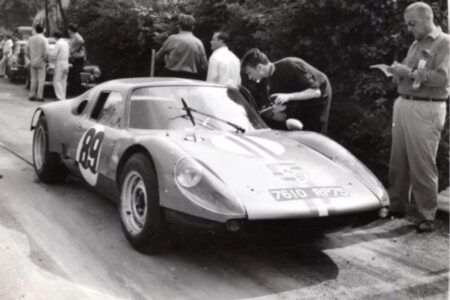 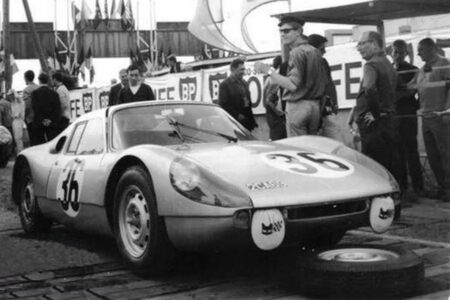 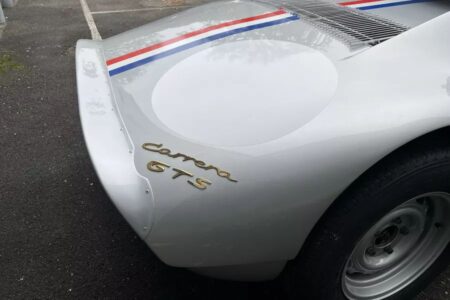 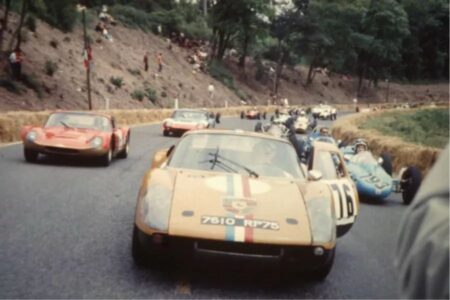 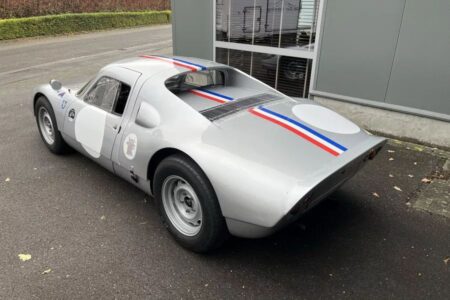 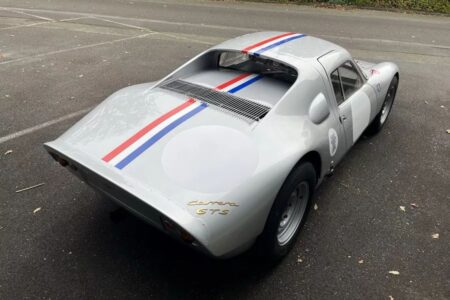 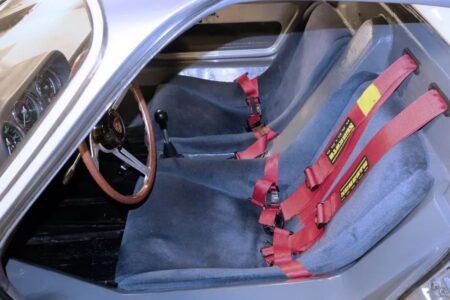 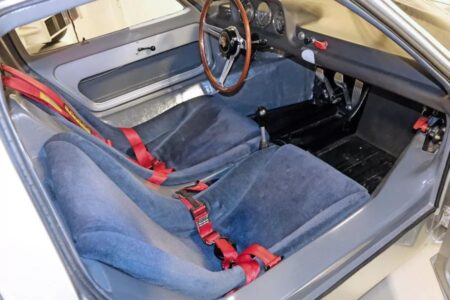 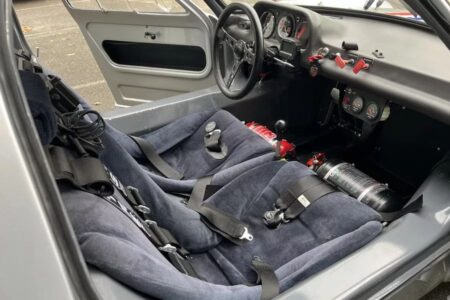 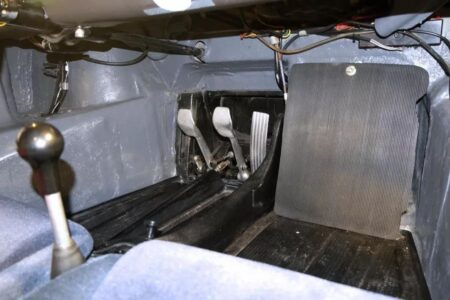 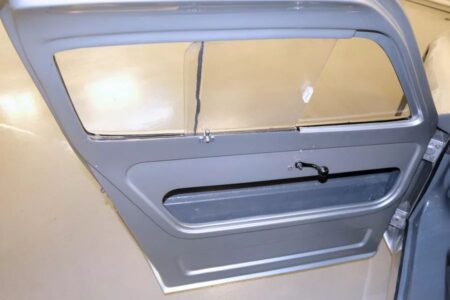 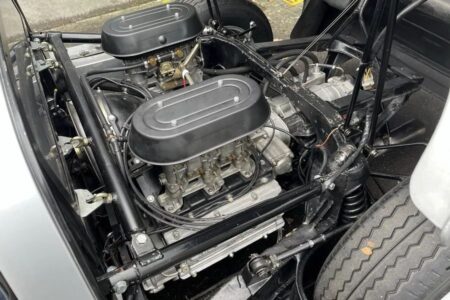 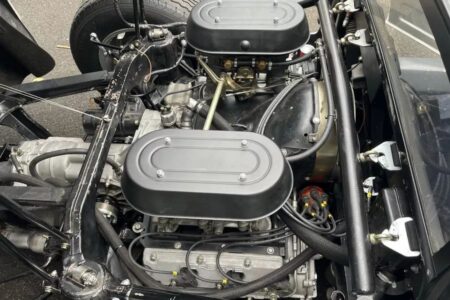 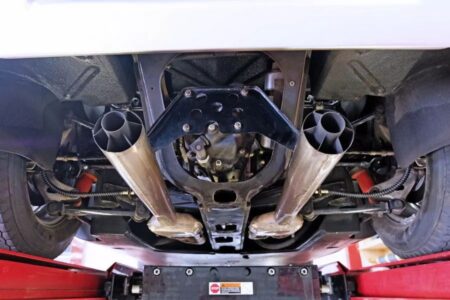 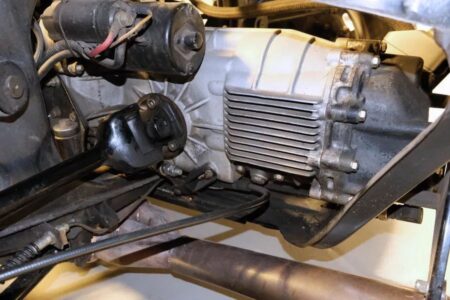 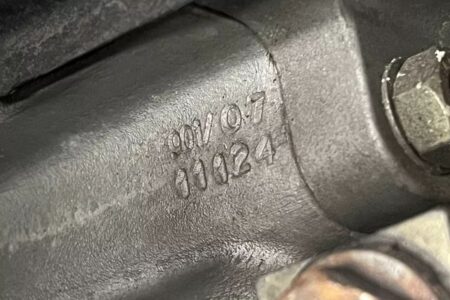 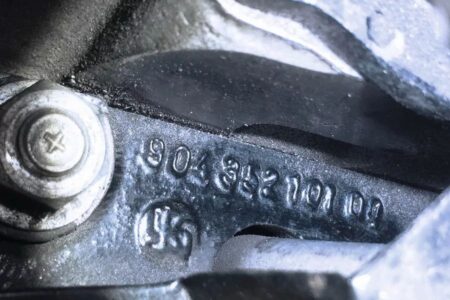 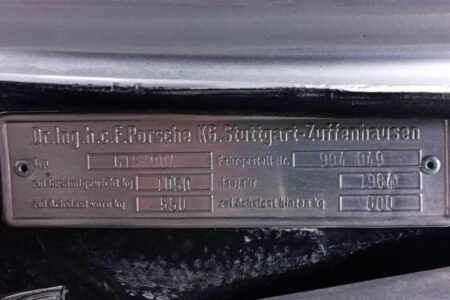 The 49th of only 126 Porsche 904 Carrera GTS examples produced
Delivered new to Sonauto (France), tested and entered for the 1964 Le Mans 24hr
Restored in 1996/1997 by Porsche Client Services and fitted with 6-cylinder engine
Continuous ownership from new, well documented and rare no “stories” 904
Ready for enjoyment in all prime historic road and track events around the world

After having retired from F1 and F2 competition at the end of the 1962 season, Porsche focused again on sports car racing. The 904 debuted late in 1963, for the 1964 racing season, as a successor to the 718 which had been introduced in 1957. Porsche designed the GTS variant to compete in the FIA-GT class at various international racing events. The street-legal version debuted in 1964 in order to comply with FIA’s Group 3 homologation regulations requiring a certain number of road-going variants be sold by the factory. Porsche produced 106 (Some sources site 109 examples as there were several that were “recycled” in period and some rebuilt and issued same/old chassis numbers.)

Orders just exceeded the one hundred car requirement to satisfy homologation rules and more cars could readily have been sold, however Porsche had other plans and improvements in mind for the replacement 906 which was already on the drawing boards. The 904 marked the beginning of a series of sportscars that eventually culminated in the mighty all conquering 917K first introduced in 1969.

Engine
The 904’s mid-engine layout was inherited from the 718, also known as the RSK, the factory’s leading race car up to that point. It was powered by the 1,966cc, Type 587/3, four-cam, air-cooled, flat four-cylinder engine producing 200bhp which is considered to probably be the most complex four-cylinder engine ever designed and put into production. The 2.0-liter “Fuhrmann” engine drove a five-speed transmission with a standard 4.428:1 final drive ratio, with optional available ratios of 4.605, 4.260, 3.636, and 3.362.

Chassis
The 904 was the first Porsche to use a ladder chassis and fibreglass inner and outer body. The fibreglass body was bonded to its steel chassis for extra rigidity, and achieved a drag coefficient of only 0.34cd. While many German race cars had used unpainted aluminium bodies since the famous “Silver Arrows” of the 1930s, most 904s were painted silver, the German National racing colours. Unusual for Porsche, the two-seater bodies were provided by outside contractors, which would later become standard practice amongst race car builders. The 904’s fibreglass body was made by spraying chopped fibreglass into a mould, the amount sprayed often varied in thickness over the shape of the car and as a result the weight of the various cars was somewhat inconsistent; some were heavier than others. Race-prepared four-cylinder 904s weighed in at approximately 655kgs and the low weight gave the 904 the ability to accelerate to 100 kmph from a standstill in less than six seconds while they were also easily able to reach a top speed of 260kmph.

Suspension
The Porsche 904 rode on coil springs (the first Porsche not to use trailing arm front and swing-axle rear suspension) with unequal-length A-arms in front. With its 2,300mm wheelbase and mid-engine design the 904’s handling was unlike anything before and regarded for some time thereafter as an industry benchmark.

904-049
This particular 904 Carrera GTS was production sequence number 49 of 126 total examples completed. It was a completely standard example ordered new by the renown France Porsche Distributor Sonauto on behalf of their client, Jean-Claude Mosnier of Lyon, France who registered the car on French plates “2 CA 69”. The order specified completion in time for an entry in the April, 1964 Le Mans testing sessions as well as follow-on entry in the 24 Hours of Le Mans later in June of that year. Wearing race number 70, Mosnier was paired up with veteran driver André de Cortanze. The two drove well and managed a 24th place finish but further testing resulted in an accident which required the car to be returned to the Porsche factory for repairs.

The car remained officially entered for the 1964 24 Hours of Le Mans but repairs were delayed which ultimately saw the car being withdrawn from that year’s race.

Upon completion of the repairs, 904-049 was sold to Paris resident and racer, Jacky Dechaumel who registered the car in 1965 in Parisian plates “7610 RP 75”. Dechaumel would go on to race this 904 for five very successful seasons, finally retiring the car in 1969 (a complete listing of this 904’s race results can be found in the History section below). The car’s next owner was German Porsche collector, racer and restorer Manfred Freisinger of Karlsruhe, Germany. From there this Porsche joined the collection of Las Vegas resident, Dennis Haney. In 1990, the car was offered for sale at the Brooks, Monaco auction and joined the collection of Jose Manuel Segimon of Zurich, Switzerland who arranged for a comprehensive and complete restoration of 904-049 at Porsche Client Services (invoice available). During the restoration, a 2.7-liter 911 derived, six-cylinder engine was fitted by Porsche along with a correct 904 gearbox No. 904-105. The only other item replaced during the restoration was a newly fabricated dry-sump oil tank to replace the original damaged one. After completion of the restoration the car was sold to the London resident, Luay Allani who had the car serviced for many years by renown preparer DK Engineering.

In 2014 this Porsche returned once again to the Unites States where it joined a secluded Porsche collection until 2018, when an European collector brought the car back to this side of the Atlantic ocean. 904-049 was then equipped with a new six-cylinder 2.0 liter engine to comply with FIA regulations and was sold in early 2020 to its current owner who competed successfully in events such as the Tour Auto, Goodwood Members meeting and Le Mans Classic.

This gorgeous 904 is in excellent condition throughout and 100% ready for enjoyment on the road or on the race track. The current owner has replaced the original steering wheel, bonnet and rear section with new (lighter) panels (the originals remain with the car as does the complete mold for the rear section). The car has a current FIA HTP valid till 31/12/2029 and comes with a separate, fresh 2.0 liter Tuthill built race engine, several spare wheels, unsilenced exhaust, shock absorbers, etc.. (a full spares list is available on request).

904-049 is a very original and a rare, no “stories” example with excellent period race history including its 1964 Le Mans 24hr entry. It benefits from a continuous ownership and is well documented including both pages of the original Porsche KARDEX, Porsche Factory Restoration Receipts and a new Certificate of Authenticity from the Porsche Factory.

904-049 Ownership History:
Special ordered new by Porsche Sonauto Paris, France on behalf of Jean-Claude Mosnier of Lyon, France
Sold to Jacky Dechaumel — Paris, France
Sold to Manfred Freisinger — Karlsruhe, Germany
Sold to Dennis Haney — Las Vegas, Nevada (Haney purchased it from a PCA member without engine in San Diego in the mid-’70’s and took it back to Vegas with him where he occasionally raced it at Buttonwillow and Las Vegas Motor Speedway)
Sold to Tom Trabue — Nashville, Tennessee
Sold by auction to Jose Manuel Segimon — Zurich, Switzerland
Sold to Luay Allani — London, England
Sold to Eugene and Josephine Danner — USA
Sold to Jean-François Piquet – Luxemburg
Sold to current owner