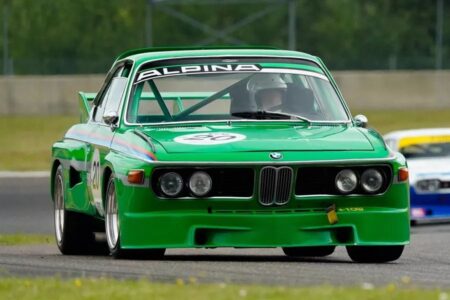 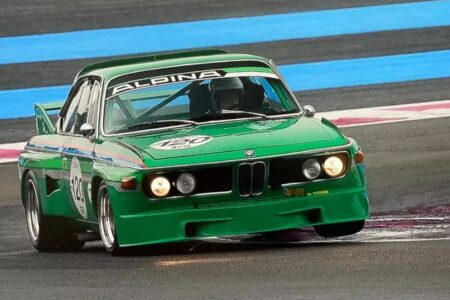 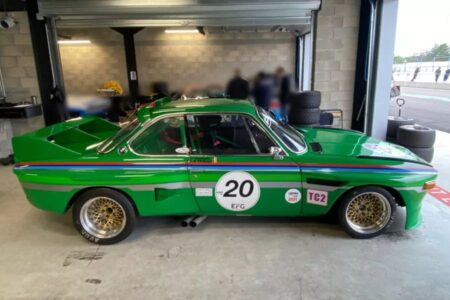 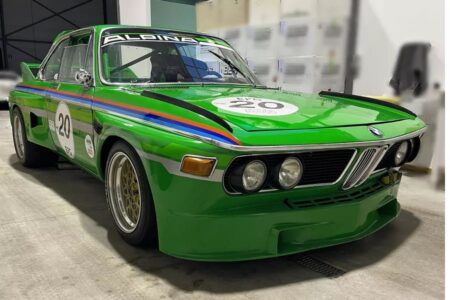 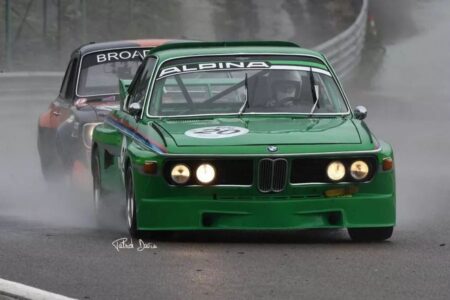 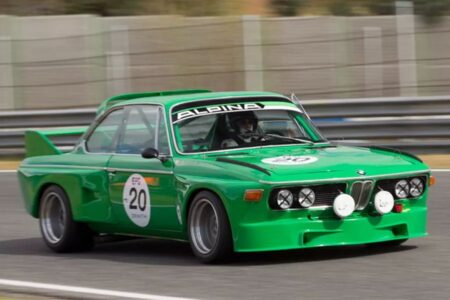 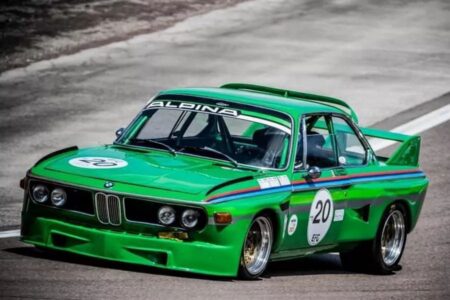 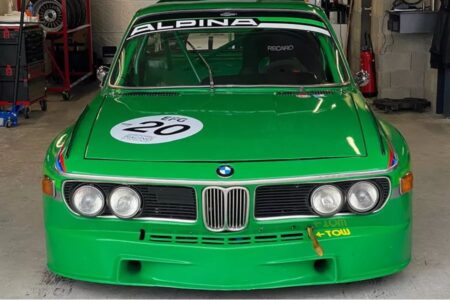 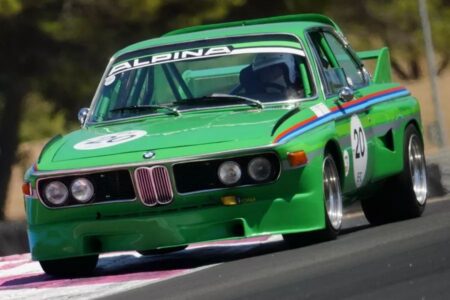 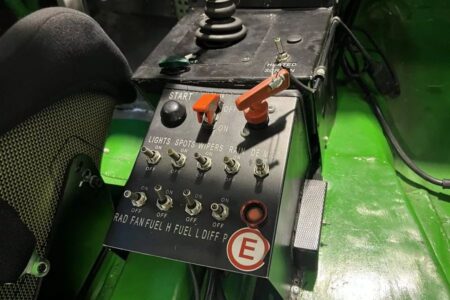 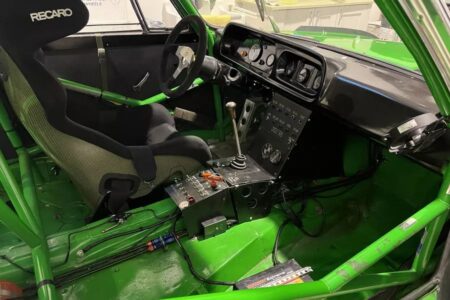 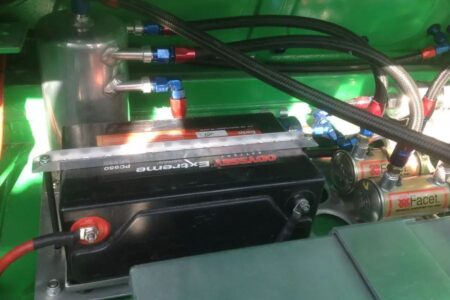 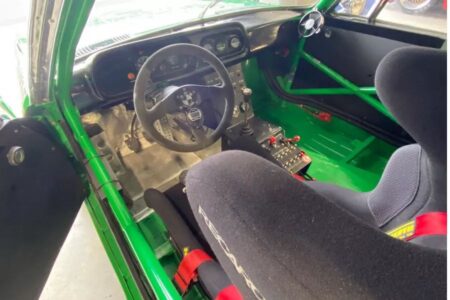 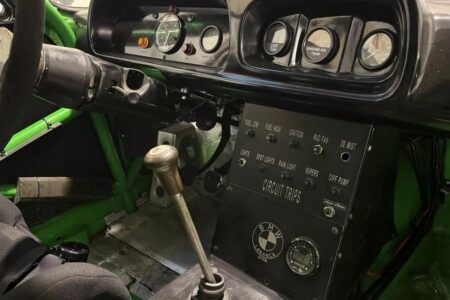 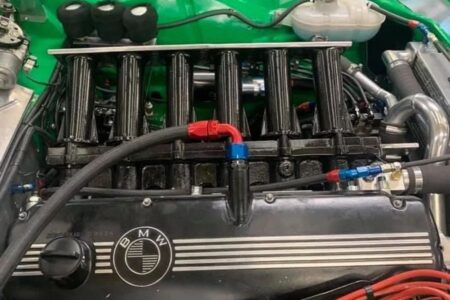 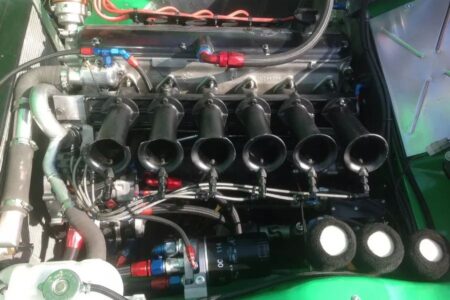 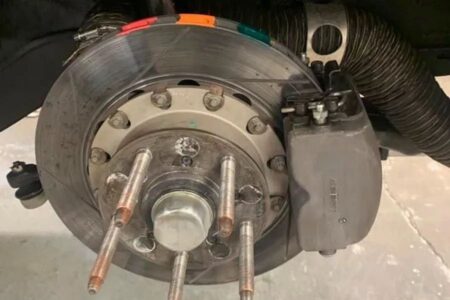 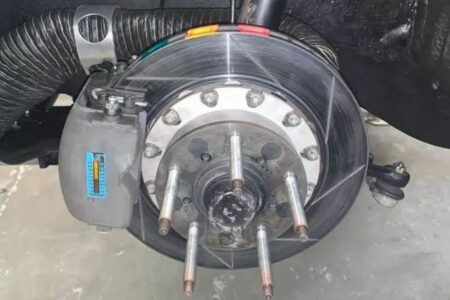 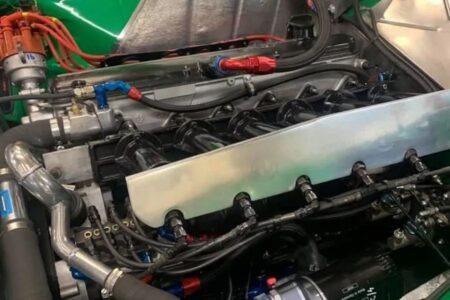 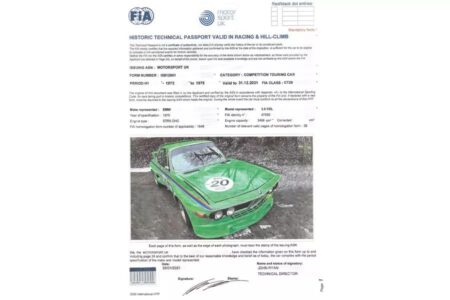 We have the pleasure to offer this stunning BMW CSL “Batmobile” Group 2 FIA competition coupé car for sale on behalf of its current owner.

1973 was a landmark year for BMW, for not only did the German manufacturer power Jean-Pierre Jarier to the European Formula 2 Championship, it also captured the European Touring Car Championship using one of the most iconic racing ‘saloons’ of modern times: the 3.0 CSL, known popularly as the ‘Batmobile’. Visually indistinguishable from its more ‘run of the mill’ relations, the CS and CSi, the 3.0 CSL (Coupé Sport Leicht) was creative homologation at its best. The BMW engineers’ solution to the marketing department’s requirements was to develop a limited production run ‘homologation special’ to meet the constrictive framework of the Group 2 racing class regulations. By removing the trim; using thinner steel for the main bodyshell; aluminium alloy for the doors, bonnet and boot lid; and Perspex for the side windows a valuable 136kgs in weight was saved – ‘Leicht’ indeed. The racing CSLs used the so-called ‘Batmobile’ aerodynamic package, developed at Stuttgart University, which consisted of a front chin spoiler, large rear wing and various other devices.

Thus equipped the Batmobiles were able to defeat the previously all-conquering Ford Capri RS2600s, Toine Hezemans capturing the 1973 European Touring Car Championship for BMW at the wheel of a 3.0 CSL and co-driving one to a class win at Le Mans that year with Dieter Quester. Ford bounced back in 1974 but from 1975 onwards the BMW ‘Batmobiles’ – now with uprated 3.5 liter engine – won five consecutive European Touring Car Championships, a quite unprecedented run of success.

Our car, carrying VIN Nr 2240112, was born in 1972 as a CS in dark green color and was delivered new to USA. In 2000, the car made its way back to Europe where it was rebuild by Tech-Speed Motorsport (UK) into a full Group 2 FIA compliant competition CSL to compete in the European historic racing scene. The bare chassis rebuild included the installation of an FIA approved roll-cage after which the car was finished in the famous “Gösser Beer” livery. Between 2009 and 2012, the car has successfully competed in the Masters Series and JD Challenge with its successive owners Ray Ames and Roger Wills after which it was again restored by Classic Cars of Kent.

After more race outings in the Peter Auto HTC races during 2014 and 2015, it was bought by the current owner who had the car fully prepared by renown specialist Laranca Motorsport (UK) with no-expense-spared evidenced by well over £125.000,- of invoices. The preparation comprised stripping the car back to its original shell with lightweight doors, bonnet, boot and ancillaries, heated windscreen, new suspension, dampers and roll bars, rebuild of gearbox and diff and its state-of-the-art Laranca spec 3.5 liter engine. During the last few years, evidence of this car’s performance was given in the HTC races where it has achieved several pole positions (in wet conditions) and was typically the fastest 12-valve CSL behind its sister cars equipped with the 24-valve engine.

The car is now offered in excellent and 100% race-ready condition benefitting from a freshly serviced Laranca engine. It comes with a current FIA HTP, road registration and an excellent spares package including three wheel sets, spare engine block and diff, brake and suspension parts, etc..

This stunning “Gosser Beer” BMW CSL Gp2 is now ready to be enjoyed by its new owner in the various races events it is eligible for such as Peter Auto’s HTC, Le Mans Classic, Historic Touring Challenge and several others.