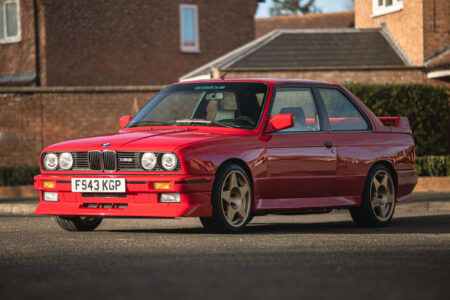 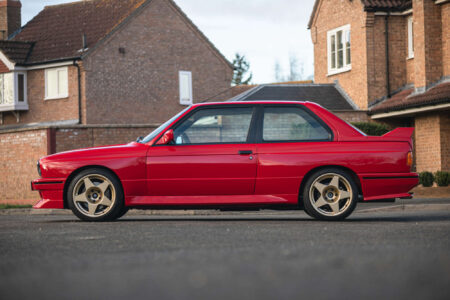 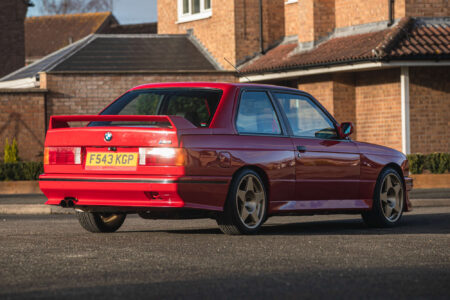 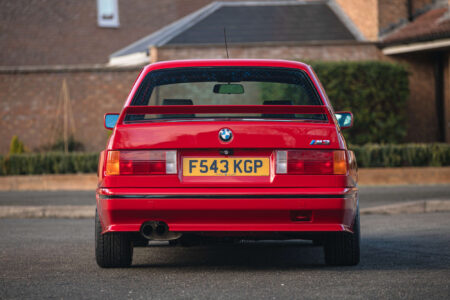 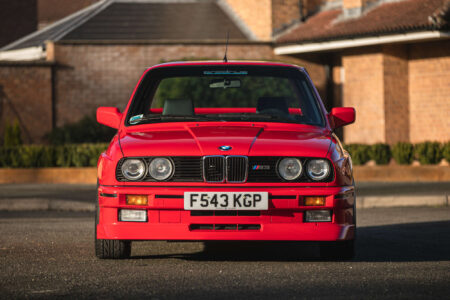 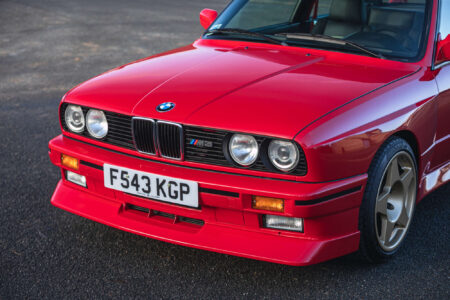 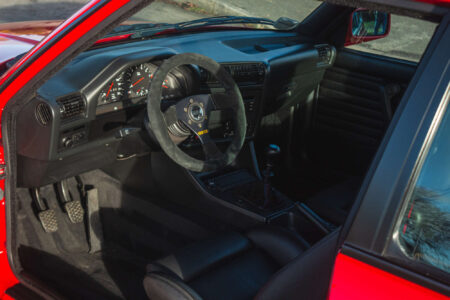 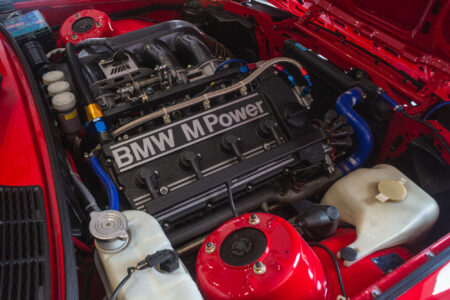 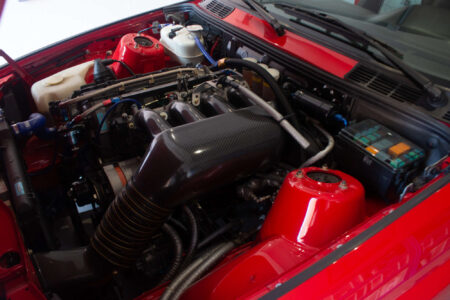 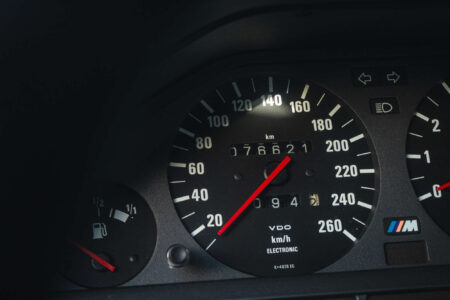 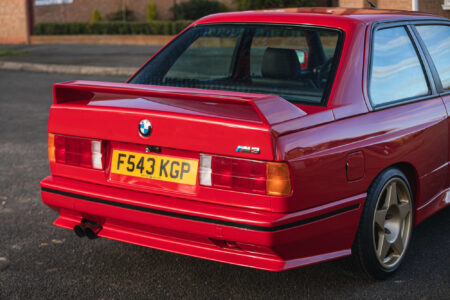 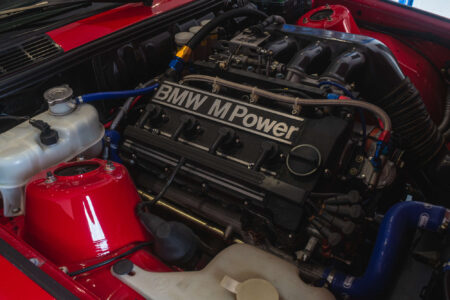 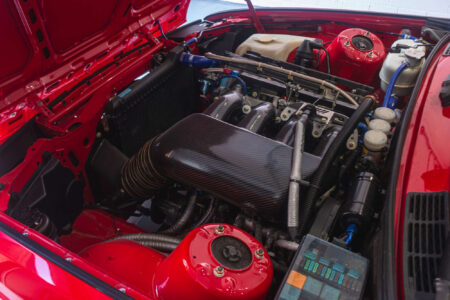 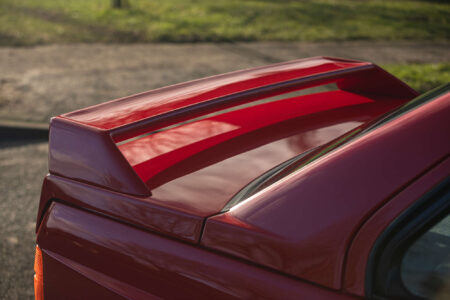 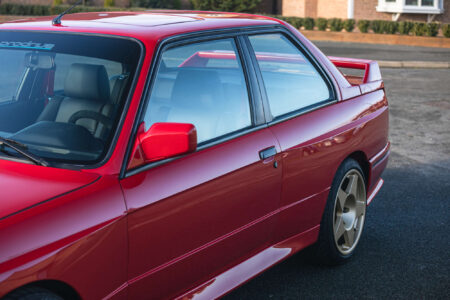 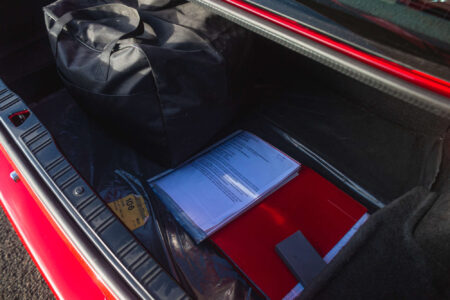 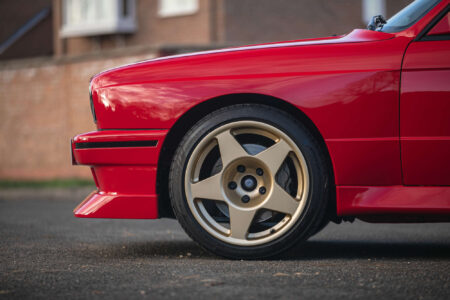 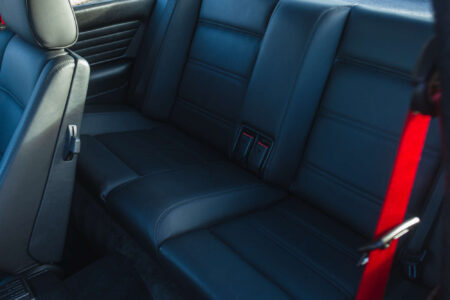 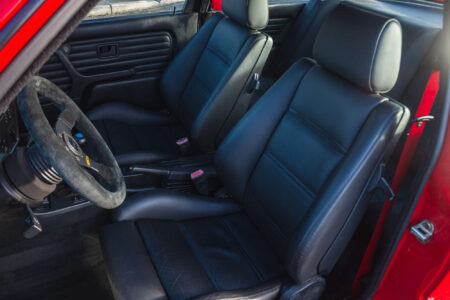 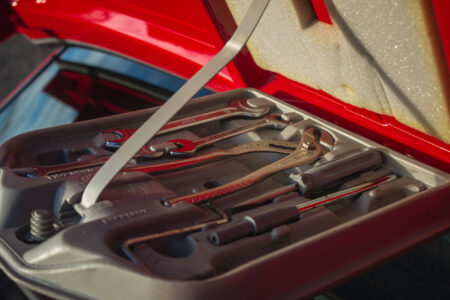 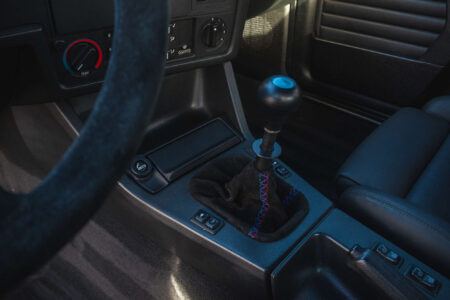 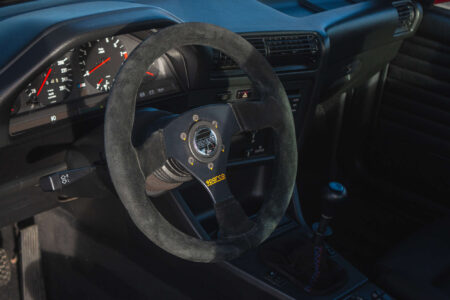 BMW (E30) M3 – Fully restored and enhanced by a former WRC and Prodrive engineer; a special car made even better.

The car presented here is a 1989 BMW (E30) M3 but is quite unlike any other example out there. A ‘labour of love’ does not do it justice. In 2001, the car was bought by automotive engineer Andy Sprason, a former WRC technician. Andy has prepared and worked on cars all over the world, including events for the Middle East WRC, plus Swedish gravel rallies, Irish Tarmac Rally Championship and Paris-Dakar Rallies. He has also worked as a Service Team mechanic/technician looking after an Escort Cosworth, a Mitsubishi Evo, and a Subaru Impreza in Group A, Group N and WRC guises, in addition to working with Prodrive on the Mini WRC project. Quite a CV! Andy has now ceased the constant travelling that goes with WRC and international events and has since set up his own business in Blackpool called ‘Auto A&E’, doing general car work plus race/rally car preparation: https://www.autoaande.co.uk/about-us/

This M3 was Andy’s personal ‘pride and joy’, a car he wanted to put all his years of experience and knowledge in to, purely for himself. It took a full three years to complete, carrying out a back-to-bare-metal, full nut and bolt rebuild to a meticulous level. Back in 2001 the car was purchased by Andy as ‘Category C’ on the Insurance Register (broken sump and damaged front cross member) but this did not deter him in the slightest as he knew the car was to be effectively rebuilt, to a better-than-new standard.

The car’s original 2302cc S14 engine was fully rebuilt with an uprated timing chain and tensioner, DTM-type carbon forced air induction intake, new ‘matched’ injectors and a Group A wiring harness with an Alpha-N system. This is managed/mapped by a Prodrive engine management system (ECU) and has been rolling road tuned, producing 265bhp. The specification also includes a full Miltek exhaust system whilst the gearbox was fully rebuilt with new mounts, new driveshafts and a Prodrive gearshift. A new differential was fitted with an uprated outer case and cooling fins and the replaced sump is well protected with a guard.

In terms of handling, uprated Bilstein suspension and springs have been fitted with rose-jointed front control arms and all-new BMW genuine replacement bushing throughout. Retardation is courtesy of  Prodrive/Alcon callipers and discs, and the wheels were commissioned through Compomotive to suit the car’s geometry and then finished in Prodrive Gold.

As stated, the bodywork was taken back to bare-metal and was fully resprayed in Brilliant Red (308) both inside and out and during reassembly, all new genuine BMW bolts, clips and fasteners were used. New BMW hides were sourced to enable a complete interior retrim enhanced by new seat belts in BMW ‘Evo Red’, new genuine BMW carpets and new door seals all round.

All the work on the car was undertaken by Andy, apart from the paint and specialist upholstery and, unsurprisingly, the finished car won ‘Best in Class’ at its first show and was rightly admired when taken out. These times were infrequent as the car was just so good and Andy’s natural desire to keep his ‘dream M3′ in perfect condition limited its time on the road. He did, however, manage to enjoy around 1,000 miles in the car which was useful for the shakedown/setup. In 2020, the decision was made to part with the car, not before renewing the fuel system (“it just had to be perfect”), with Andy reluctantly selling his ‘baby’ to our vendor in June 2021.  He has also maintained the car’s incredible condition, ensuring it was always garage-stored, fully maintained and only used infrequently but now has eyes on a modern steed from Stuttgart, so is now seeking a new home for the M3. Silverstone Auctions welcome any inspection of this superbly restored modern-classic, an iconic BMW which rightly deserves all the accolades.